Cooleagles
IN THE COURT OF THE COMMONWEALTH OF REDMONT
CIVIL ACTION

COMPLAINT
The Plaintiff complains against the Defendant as follows: The plaintiff had a contract with the defendant in which they gave them a loan. This loan was due on August 5th and granted an extension to August 12th. It is now the 19th of August and no attempt to pay back the loan has been made at all.

II. FACTS
1. The defendant was given a loan of $7,500 with a total of $750 in interest on June 30th.
2. On July 11th, the defendant reached out to my client, asking to grant another week to repay the loan due to being banned. This then moved the due date to August 12th.
3. It is now the 19th of August and the defendant has shown no signs of fulfilling their part of the contract. 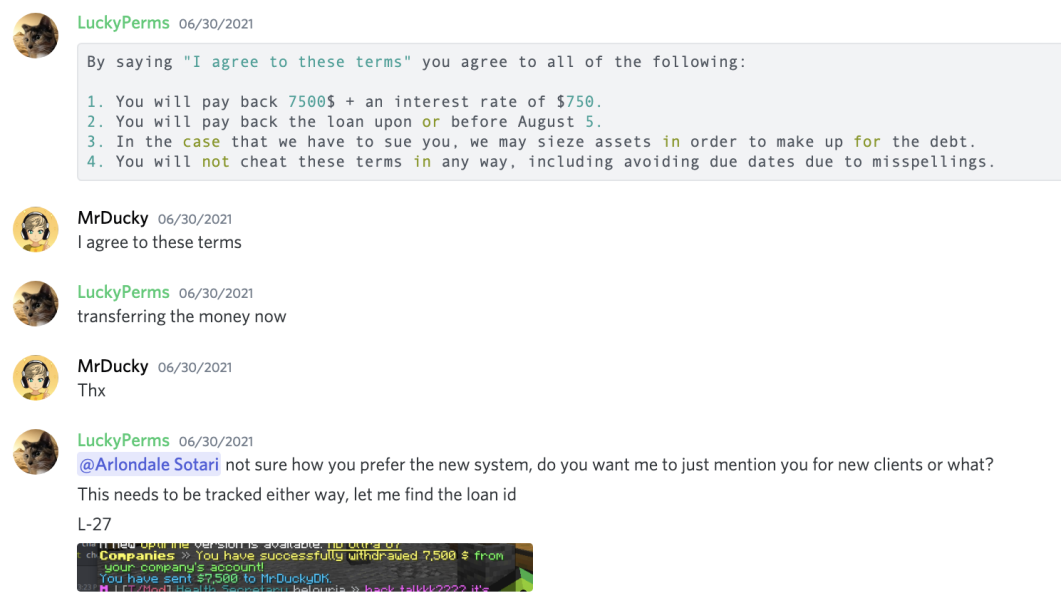 3. Proof of new due date 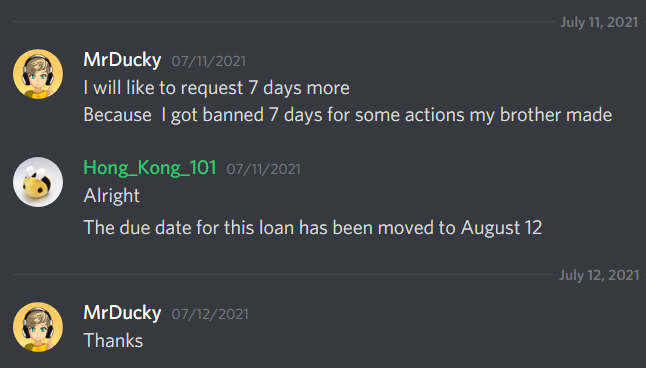 The defendant is required to appear before the court in the case of the Hamilton City Bank v.MrDuckyDK. Failure to appear within 48 hours of this summons will result in a default judgment in favour of the plaintiff.

This court is is now Adjourned