The use of one’s public office to benefit themselves is a high crime that endangers the Commonwealth itself and the lives of its citizens. As a part of our broader crackdown on corruption within the Government, we present another lawsuit against an individual who sought to use their office within the Commonwealth Reserve Bank to force the Government to take out a loan of $300,000 from a bank that they personally own. This is Corruption because the action was personally financially beneficial for the Defendant and could not have been done without the powers of their public office. This is Embezzlement because it would have cost the Government 5% in interest without the consent of the Executive or Congress. This is Treason because it undermines the legitimacy of the Commonwealth and endangers the State’s finances which would have damaged our support systems for the general public.

II. FACTS
1. Defendant used their position within the Commonwealth Reserve Bank to attempt to force the Government to take out a loan from a bank that he personally owned without the consent of the Executive or Congress.

III. CHARGES
The Prosecution hereby alleges the following charges against the Defendant:
1. 1 count of Corruption
2. 1 count of Embezzlement
3. 1 count of Treason
4. 3 counts of Conspiracy to commit a Felony

JoeGamer
chiefjustice
This case will be moved to the Federal Court docket as the Supreme Court does not have original jurisdiction over this case. Per the constitution

Given that supersuperking does not hold any of these positions outlined in the Constitution, the Supreme Court will not hear this case in the first instance. 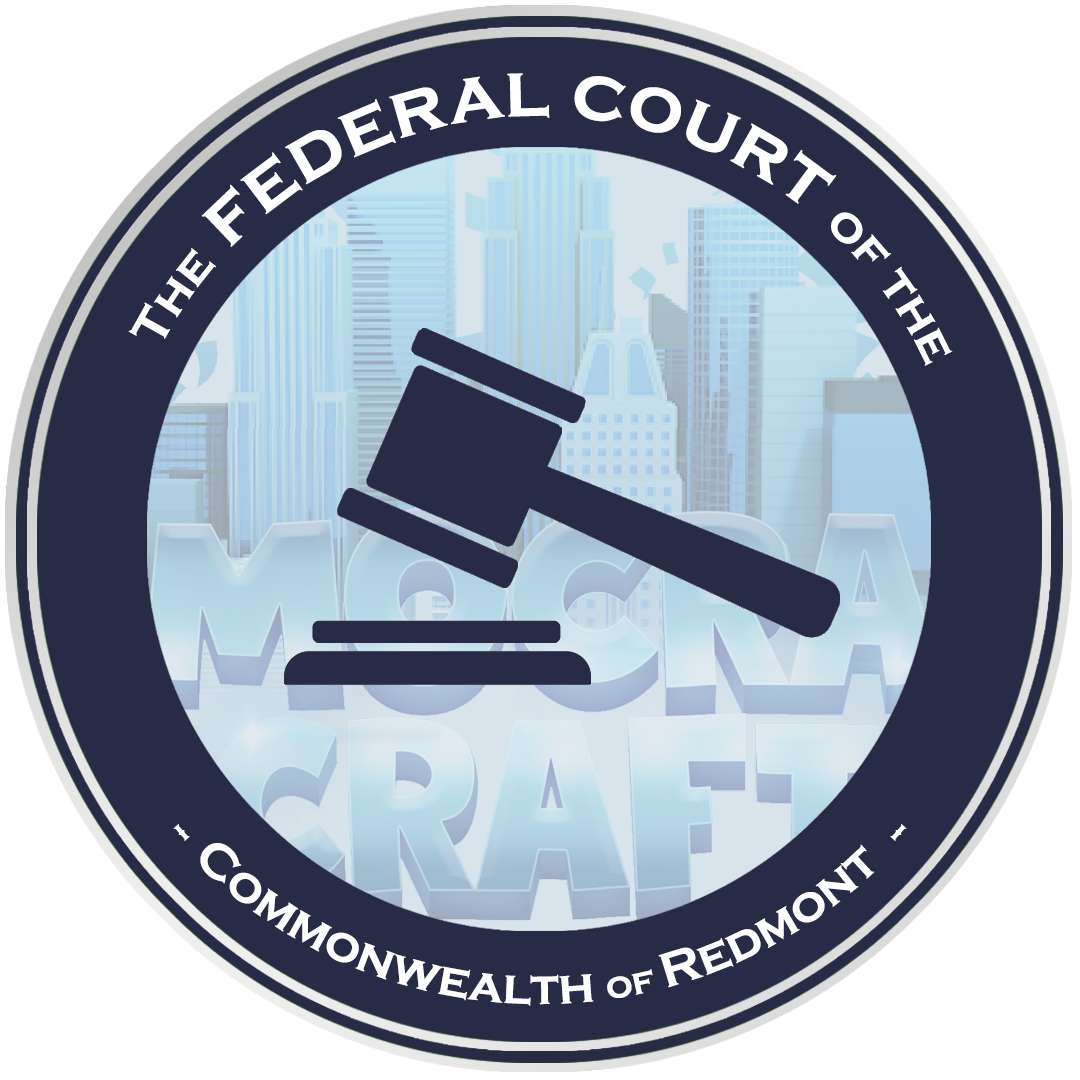 IN THE FEDERAL COURT OF THE COMMONWEALTH OF REDMONT
WRIT OF SUMMONS​
@supersuperking is required to appear before the Federal Court in the case of The Commonwealth v. supersuperking [2022] FCR 68

I apologize for my lateness in responding but I have only just recently been asked to represent the Defendant in this case. I would like to ask for a 24-hour extension to finalize a response for the court.
Thank You

Cooleagles
attorney
Additionally, I request that we combine this case along with, The Commonwealth v. Nexalin [2022] FCR 69, as Nexalin proposed the same deal as Supersuperking, the Prosecution has brought forth the same charges for each Defendant, and I will be representing both Defendants.
If this is not possible, I understand, I just believe it will add more convenience for the presiding Judges.

That is all,
Thank You

If I may, I find it very hard to believe there to be any “differences in how the Defendants conducted themselves.” Both cases have been presented to the court with the exact same story, exact same complaint, exact same charges, and exact same punishments.

Matter of fact, if there is such significant differences in the two cases, then where is the evidence that says so? Surely such important details and facts would be presented in their complaints.

That is all,
Thank You Your Honor.

hugebob23456
barrister
Your honor, requesting permission to deliberate further? I don't want this case to devolve into the both of us speaking out of turn.

Krix
judge
Sorry for the delayed response on my side to both parties, my computer has broken and I am dealing with that at the moment.

I apologize for my lateness in responding but I have only just recently been asked to represent the Defendant in this case. I would like to ask for a 24-hour extension to finalize a response for the court.
Thank You
Click to expand...

I will be rejecting the request to merge the two cases, however FCR 69 will not be ruled on or further deliberated until the conclusion of this case.

Once the Defendant has answered the complaint we will move in to opening statements.

MOTION TO DISMISS
Defendant move that all charges be dismissed, and in support thereof, respectfully alleges:

1. The Prosecution has failed to provide reasoning and evidence to support the elements of their cause of action.

2. Corruption - By its definition one is guilty when one, “use a government position to act to give some advantage inconsistent with official duty and the rights of others to unfairly benefit oneself, or someone else.” The prosecution has failed to provide the reasoning, in collaboration with their evidence, to give rise to the charge of corruption by the standards of guilt beyond a reasonable doubt.

3. Embezzlement - By its definition, “The act of withholding assets for the purpose of conversion of such assets,” the prosecution has failed to provide any evidence to prove that my clients have ever withheld government money; moreover, convert and/or use it. All money discussed in rotation throughout this alleged crime was the bank’s money, including the 5% interest as that would have been debt owed to the bank.

4. Treason & Conspiracy to Felony - By their definitions,
Treason - One is guilty when they are “caught attempting to maliciously sabotage or undermine the stability, sovereignty, and/or national security of the government of Redmont.”

5. Conspiracy to Felony - One is guilty, “If An Individual/entity(business/organization) intends to commit a crime they can be charged with “Conspiracy”. At no point has the prosecution provided evidence that my client has any malicious intentions, to undermine the government. They were doing the exact opposite by trying to support the government, which was experiencing financial difficulties.

Krix
judge
Review of Motion to Dismiss -
Most of your points are valid and it is the Court's opinion that sufficient evidence for each individual charge would be needed for them to be levied against your client, which as of now has not been the case as only 1 screenshot of evidence has been presented. However, I do believe the Plaintiff's argument and evidence is sufficient enough to move this case to Opening Statements from both parties, as I would like to further hear both of your arguments in further detail before coming to a decision.

I will therefore be denying this motion to dismiss.

I request that the plaintiff proceeds with presenting their opening statement within the next 24 hours.

hugebob23456
barrister
IN THE FEDERAL COURT OF THE COMMONWEALTH OF REDMONT

The definition of Corruption is “To use a government position to act to give some advantage inconsistent with official duty and the rights of others to unfairly benefit oneself, or someone else. By applying, being appointed to, or being elected into a position in government, the player agrees to serve the server over themselves.”

The Defendant in this case used their position as a Commercial Board member (a Government position) to give their own bank ownership of $300,000 in government debt plus 5% interest (some advantage), which is NOT a power granted to the CRB (inconsistent with official duty). This is a significant financial advantage that is not available to the average player (unfairly benefit oneself).

The Defendant in this case has sufficiently fulfilled every clause in the definition of Corruption.

Your honor, I recognize that this opening statement has been posted beyond the allotted window. Seeing as neither the presiding Judge nor the opposing counsel has made a post seeking to move this along, the State has elected to post this anyways.