III. CLAIMS FOR RELIEF
1. The Defendant has violated law 10.1 by agreeing to return the money then ceasing contact afterwards 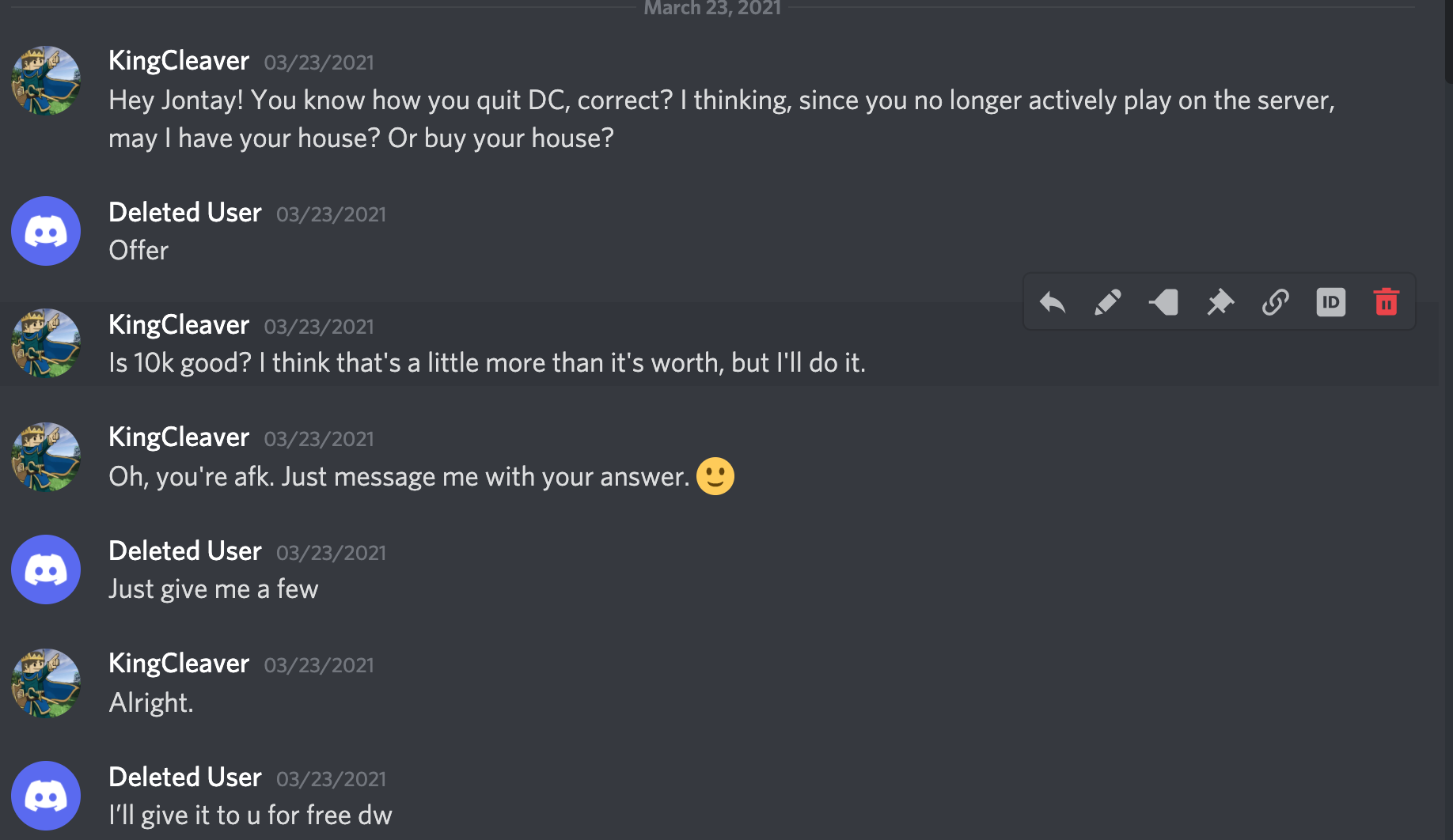 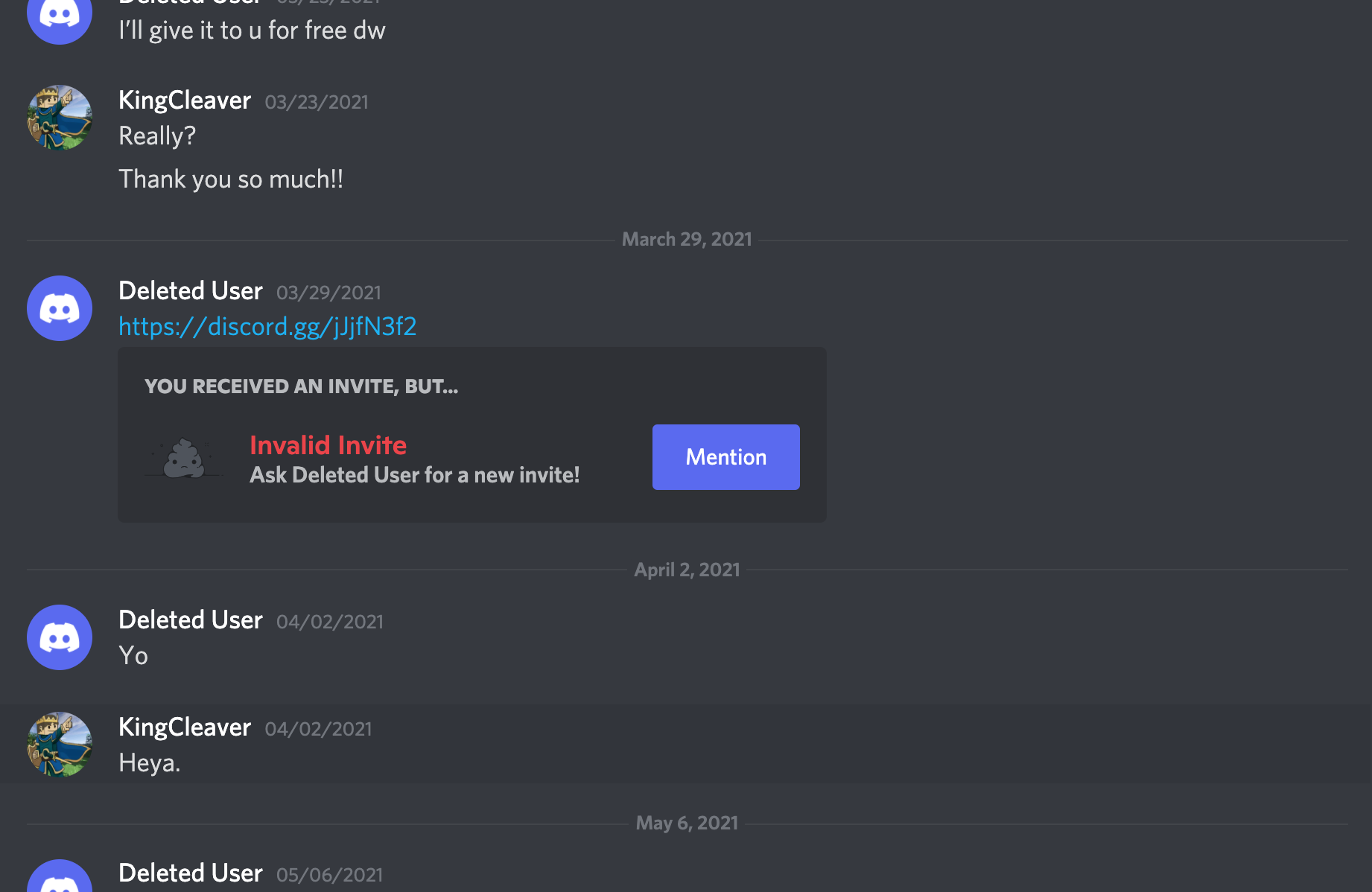 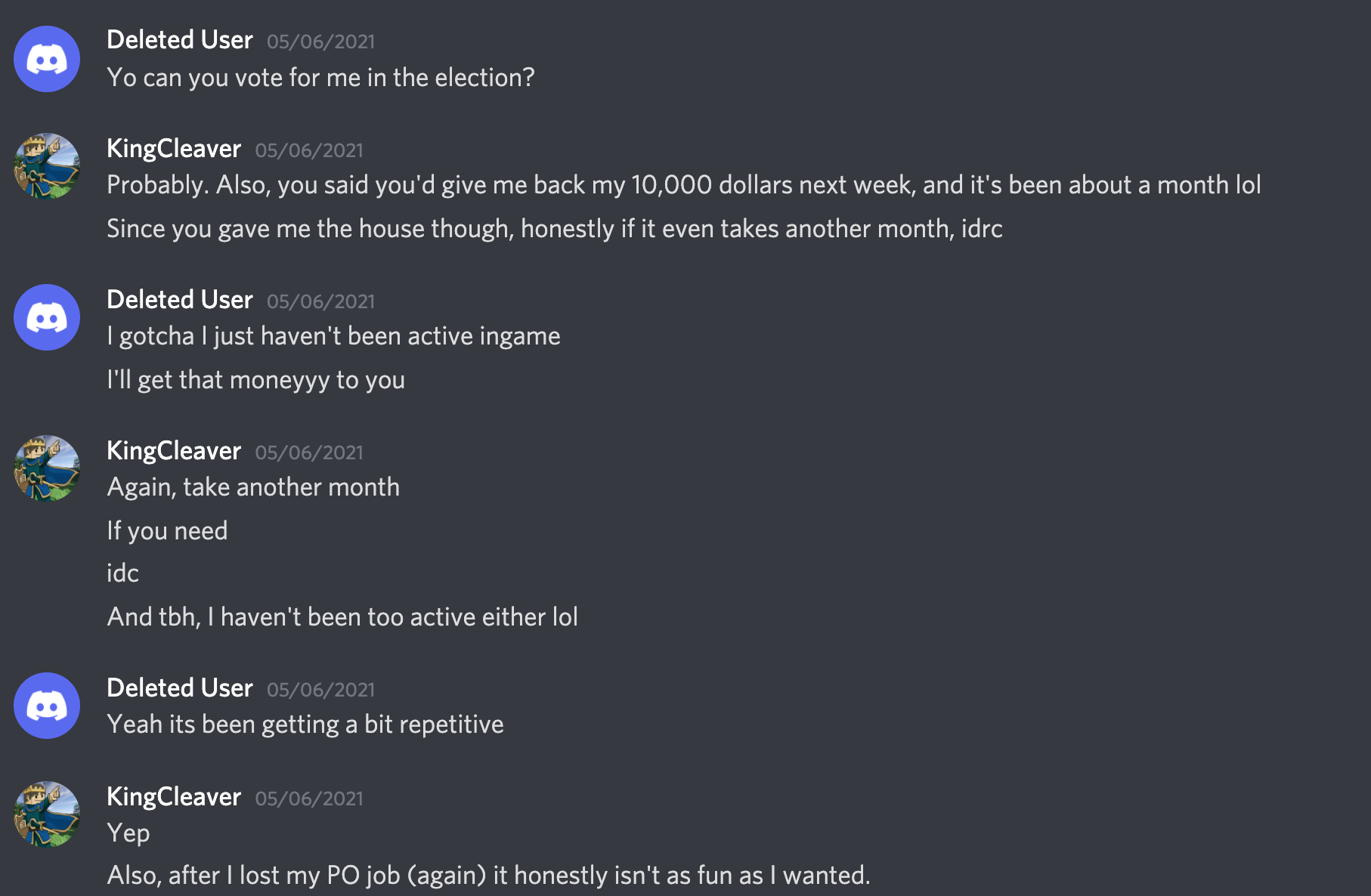 The defendant is required to appear before the court in the case of Kingcleaver (Lovely Law Firm representing) v. Jontay. Failure to appear within 48 hours of this summons will result in a default judgment.

I'd also like to remind both parties to be aware of the Court Rules and Procedures.​

LilDigiVert
IN THE FEDERAL COURT OF THE COMMONWEALTH OF REDMONT 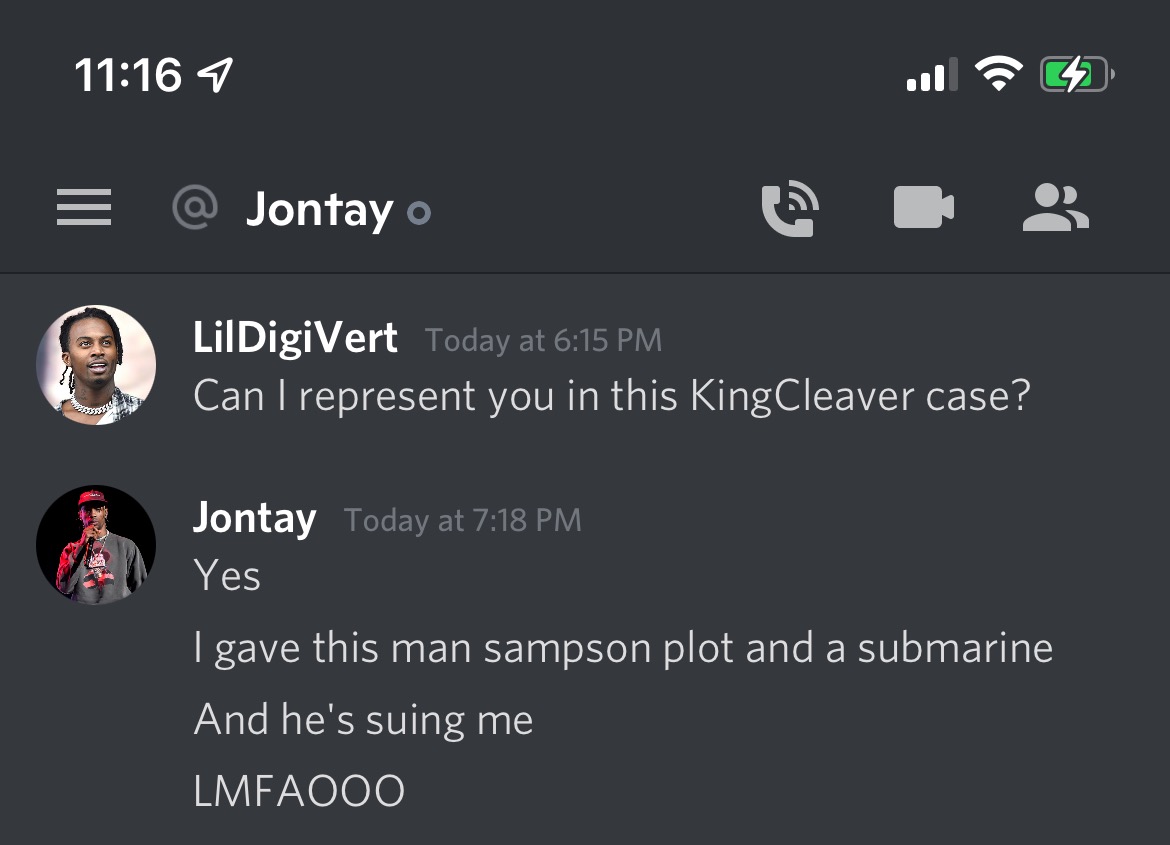 I. ANSWER TO COMPLAINT

1. Acknowledge that $10,000 was transferred from Plaintiff to Defendant. However, there is NO evidence provided that indicates that any money or asset was "loaned".

The Defendant told the Plaintiff the money would be given back
Click to expand...

2. Acknowledge that the evidence provided by the Plaintiff indicates that money would be returned, although there is no such indication of a contractual obligation.

The Plaintiff has gotten no return of money in 8 months
Click to expand...

3. Contest the notion that items of similar value were not given to the Plaintiff.

The Defendant has since quit the server and has not contacted the Plaintiff further
Click to expand...

4. Acknowledge that the Defendant has quit/been banned from DC and has not contacted the Plaintiff due to him deleting his DC-affiliated Discord account.

II. DEFENCES
1. There is zero evidence to indicate that the $10,000 transferred from the Plaintiff to the Defendant is a "loan". The Plaintiff would contend that unless given a contractual document, this transfer should be considered a gift exchange.

2. The evidence provided extends far beyond the window outlined in the Statute of Limitations Act. As such, the Defendant contends that the evidence should be disregarded. Seeing that this 8-month old Discord conversation with a "Deleted User" is the only evidence offered by the Plaintiff, the Defendant would motion to dismiss this case.

3, The Plaintiff and Defendant already settled the monetary dispute of the gifted amount in question. Due to a lack of in-game evidence on both sides, the Defendant contends that this case should be dismissed. If the Court is willing to evaluate recounts of in-game events as evidence, the Defendant urges that it considers penalizing the Plaintiff for perjury. The Defendant would also like to highlight that the value of a gifted Sampson Hills plot and Submarine vastly exceed $10,000.

Bubba_Tea_
judge
The plaintiff may proceed with their opening statement